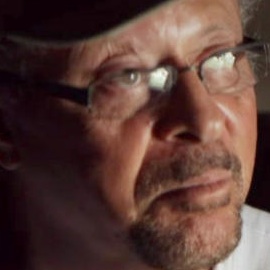 Lionel Pressoir was once a wealthy furniture exporter, with homes in New York City and Paris.  But after 40 days in prison, he focused on a new dream: making a small, poor town in Haiti into a premiere travel destination.

Haiti was once an up-and-coming destination for tourism, with cruise ships, conventions and Caribbean charm.  But when political violence and oppressive mismanagement started to tear the country apart, the name “Haiti” became associated instead with violence, disease, and poverty.

“Another Haiti is possible!” says Pressior, who decided to open a hotel and restaurant for tourists in the historic town of Milot.  But Pressior is a committed opponent to the current cycle of destruction and aid.  “The word “aid” is not compatible with rebuilding — investment is. As long as we think of aid to reference to rebuild, we are fooling ourselves and we are keeping the country in a dependency position. With investments, we will be gearing towards self-sufficiency. That’s what Haiti needs.”

The town of Milot is located in the National Historic Park at the foot of the Citadelle Henri (also known as the Citadelle Laferrière), which was erected well over 200 years ago. The livelihood of the population of the town of Milot is linked to its importance as a tourism destination because of its historical significance as the capital city of the northern kingdom, where the Sans-Souci Palace, the Versailles of the Caribbean, was built by Henri Christophe, King of Haiti.

The town of Milot is also the gateway to the National History Park — Citadelle, Sans-Souci, Ramiers, which is an inhabited botanical park, named after the three most important of King Henry’s Monuments.

“In order to do so, we need to develop the links of the tourism chain, a vertical integration approach to tourism development, which is a must. And a restaurant is one of the most important links in order to satisfy the needs of the tourists to start, and later on, hotels and other private infrastructure.